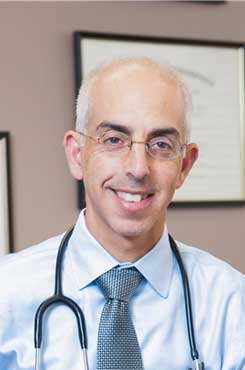 He then went on to perform a pediatric residency (1997 - 2000) at Columbia Presbyterian Medical Center in New York City, in which he won numerous teaching awards and was honored as the "Most Compassionate Doctor." His training continued at Long Island Jewish Medical Center, in which he completed a fellowship in adult and pediatric Allergy, Asthma and Immunology in 2002. During fellowship, he was awarded "Best Teaching Fellow of the Year" in 2001.

Dr. Weiss is board certified by the American Board of Allergy and Immunology (ABAI) and has been practicing medicine in northern New Jersey since 2002.